The month of January and early February to date were full of vans in the media and online event coverage.
The build of the Deberti 1961 Econoline seen at the 2019 SEMA event was featured on the Twin Turbos television show on Motor Trend. What a beast it is, 850 HP Coyote! 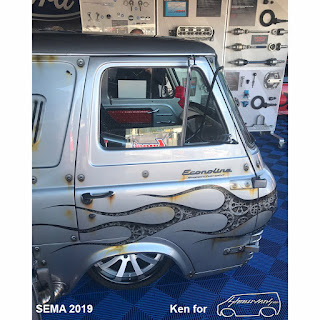 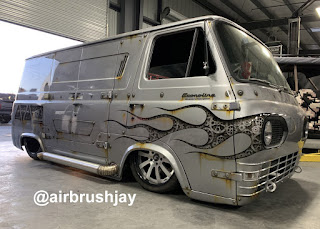 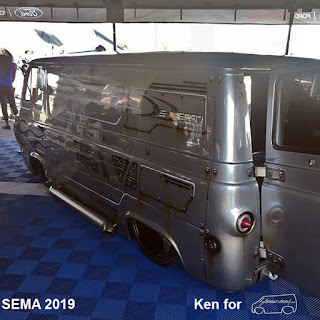 Gary a.k.a @cadbomb 's Van Slam early Econoline got a well deserved amount of attention at the Grand National Roadster Show. I would have loved to be at the show when he pulled up with the Disco Van towing Van Slam! We'll be seeing this in Custom Vanner Magazine and I imagine in at least one more magazine. 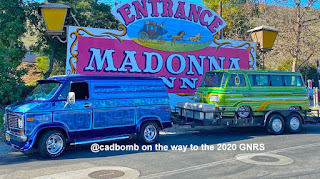 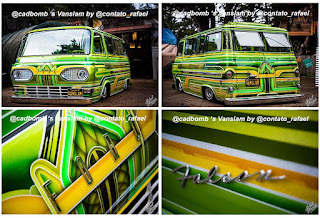 The Rust Valley Restorers featured the very tasteful updating on this 1965 Chevy Handivan. 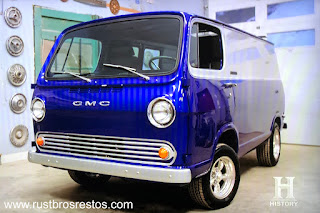 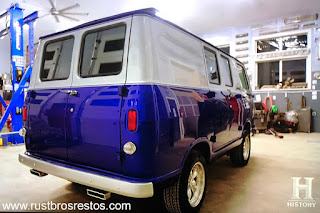 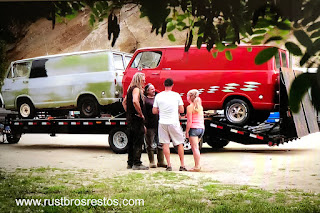 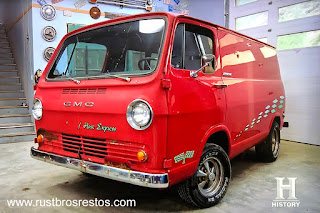 Last but not least on television, Texas Metal is airing a show tonight.
Where they are doing up a 1965 Falcon. 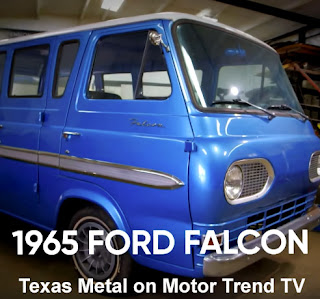 Disney is even getting into the van action. They will have the full sized version of the Onward van at the Toronto International Car Show. It has been on display at other events as well. Look forward to seeing that van soon. 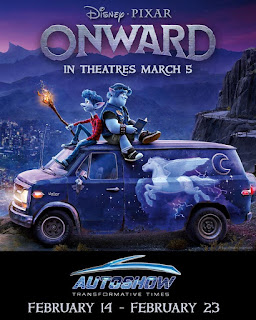 Back in February 2011 the Council of Countils a.k.a CofC was in Buena Park California. Showvans was a big part of that great event donating money towards the actual event and sponsoring the CofC Van Show. This weekend at the 2020 CofC, the Pacific Van Council will be putting ina bid to host the 2021 CofC once again in Buena Park. If this bid is successful, Showvans once again will be a big part of this event which will guarantee another calendar for 2021.

These custom vans are soo pretty. I really like the color tone on the 1965 ford Falcon. I have binged watched this show. Its really great. I wish they could have turned a Land Rover discovery in to a monster truck.

Thanks so much for taking the time to share these awesome-looking custom vans with us. The incredible work that is done is just amazing to see. Have a great day and can't wait for more.
Lawyer