2013 warming up to be another great year in Vanning

It's been a while between posts here but with Facebook, Showvans.com, Vannin.com and Instagram the word is getting out there. Back in March Steve and I got Ghostrider in the Megaspeed car show here in Toronto. We met a number of vanners/van owners there some for the first time. The van got a lot of attention but surprisingly not even a participation ribbon :(. Oh well same thing happened last year with MUD BOS. 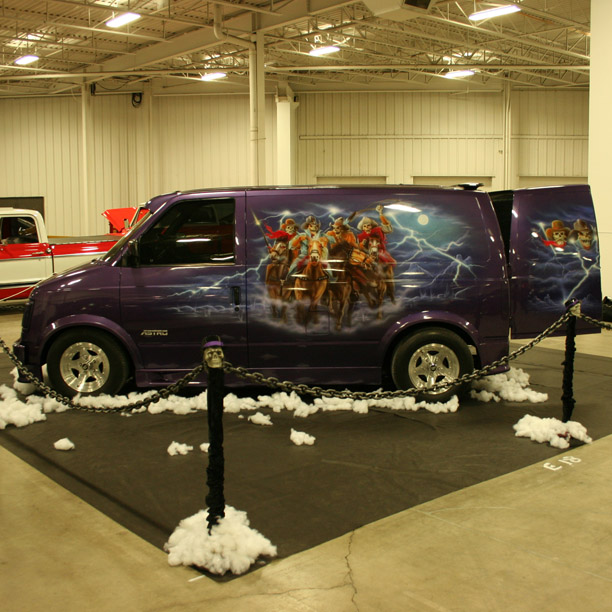 Got word a while back from Scott that AACA had wanted his van Emerald Express for a display. The kicker being that they would need it from May 17 to Oct 13. Scott passed not wanting to be without his van all summer. Fortunately we were able to get Phil and Wendy to agree to put Nautique in the display. The showboard was an ad-van-ture that I took on. Dirty Donny was kind enough to let us use some of his art on the showboard  This also made me delve a bit into the history of custom vans and that was a very good thing. I connected with one of the original members of Associated vans in California. Their club was formed way back in 1966 ! I'm hoping to see Beebe and some of their other members at the event following. Joe Madonia also supplied some images from the past from his vast collection. Will be doing something with Joe to showcase his Vanning Museum soon. 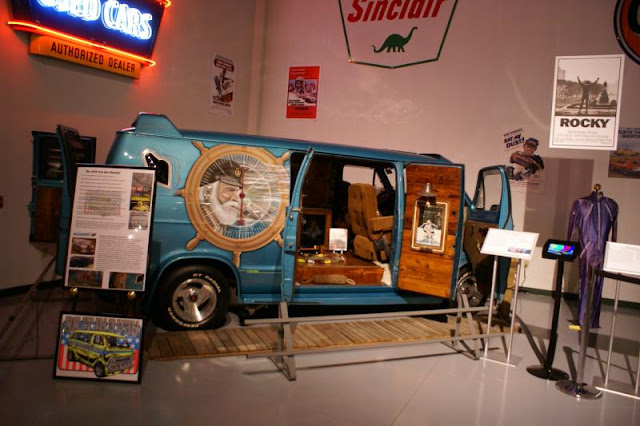 The Mooneyes 2012 Xmas show was the first time vans were officially invited. Although the Vandoleros had been going for a few years. The turnout of vans was very good and vanners/van owners were there from near and far. The word is vans are welcomed back in 2013. There may be limitations on vehicles this year, will keep on top of that. I'm hoping the turnout can be even bigger and better in 2013 and will be using funds from the 2014 Showvans calendar to help with that.

Vanfest 2013 is just weeks away now, looking forward to that.