What a great time we had at this event. So much to do so little time, photo ops at every turn. Took over 2000 pictures at the event, the best 100 can be seen here: Truckin' Magazine's 2009 National Truck-In Web Exclusive     Hopefully we'll see these hit the magazine at some point. There's also a good chance we'll be seeing the Vanfest coverage in Truckin' and a certain pirate van might be making a major appearance this fall as well.

Dropjaw Magazine Magazine was at the Nationals as well and they have come across big time for us. They have 1700 pictures from the Nats here: Dropjaw Nats coverage     Their magazine is already out with the coverage in it as well and they even featured Mary a.k.a Miss Nat's on the cover with Metalstorm and Tub Thumpin'.  Can't wait to see this !

Here's a few of my favorite shots of the 2009 National Truck-In : 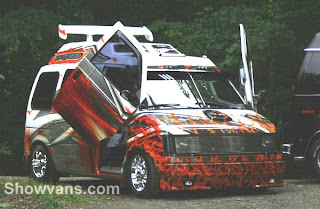 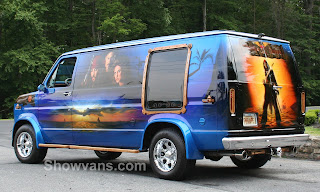 Don's Pirates of the Caravan, winner of Best of Show 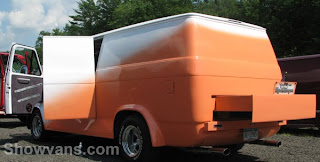 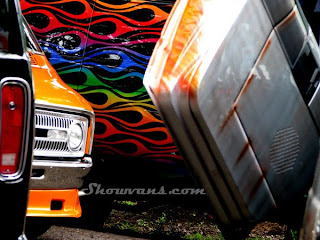 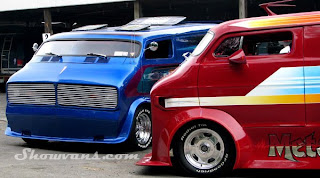 Showdown at Dodge City, two of the finest chopped radical custom vans ever built by Hooper and Pelc.
Posted by Showvans at 5:02 AM 1 comment: