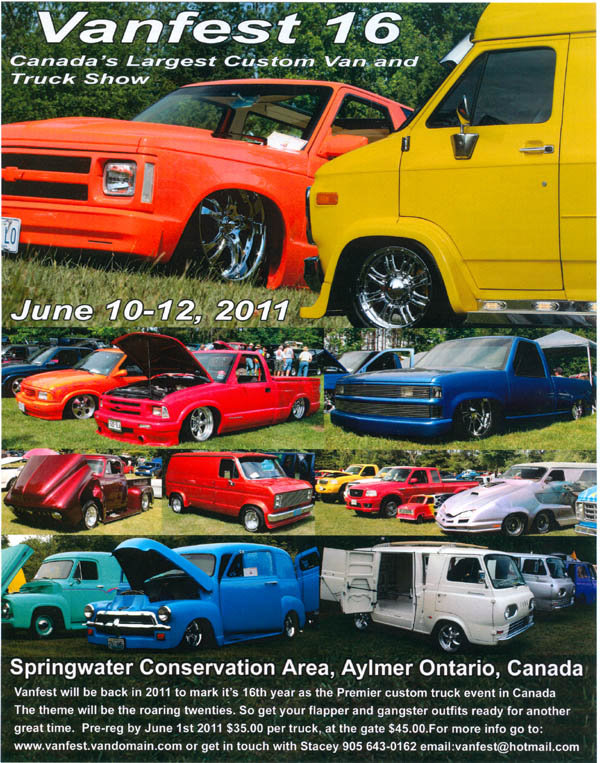 Vanfest 16 is less than a week away, the fun actually begins for many of us on Wednesday at a campout at one of the vanner's places. I've been involved with this great event since about 2002 doing the website and then a bit more once we moved to Toronto. The one thing that still eludes us is getting coverage for Vanfest in a national magazine. So I'll be ramping up that effort this year especially seeing that we somehow managed to get our coverage in Truckin' of the 2010 Nationals and more recently get the 2011 CofC van show event covered in both Hot Rod and Drive Magazines (so far).


Vanfest 2011 will be another interesting run with new attendees coming from the East and West of the U.S.
Posted by Showvans at 9:26 AM 3 comments: