The 2012 season is halfway done now but plenty more to go. Vanfest was another huge success once getting with a record turnout. It looks like we are finally going to get some coverage for it as well in Mini Truckin' thanks to the minitruckers getting together to do the story and coverage. It's been a long time coming for that. Here's one of my favorite shots:

One of the biggest events for vanning this year will be the Carlisle All Truck Nationals. Kurk from Customvan.com has rallied vanners once again to show at what is the largest custom truck show there is. Vanners are coming from all over for this. We'll have plenty of pictures on the Showvans site and we'll likely see many of the vans showing up in national magazine coverage.

Krispy decided to sell his beloved van Psycho Delirious this year. He was rather surprised when a huge trailer with Hot Rod all over it showed up to pick it up. Hot Rod and Ebay have teamed up for a web based show called http://www.builtfromebay.com/   It is audience participation so please vote for each episode, right now there are 4 episodes and to no surprise the van is right up there in second place, but we won't be happy until it wins ! 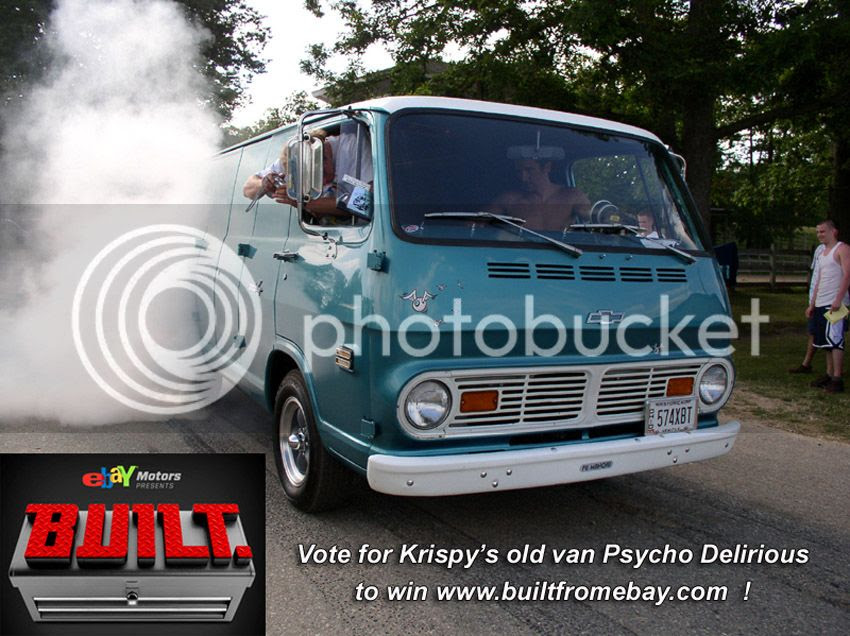 When you drive around town and see all the vans on the road, they all seem to have the same dreary look. But you don't have to be like everyone else. Whether your budget is large or small, you can convert a used van to suit your own taste. Customizing your van is one way for you, your business or political candidate to stand out in a crowd and get some free publicity while you're driving around town.