Getting the word out. Vans in the media

Vans have been popping up in the media on a regular basis these days. Stride has been using vans in their commercials, the latest one featuring a blue Mid Ford. That van just happened to be at the CofC van show along with some other vans that have been gathering a fair amount of media attention. Vango is in the current issue of Rod & Kulture and will be getting a full cover feature in an upcoming issue. Coby and his brother Marc are currently putting this together. Octopus's Garden will be featured in upcoming tech articles in Truckin'. Both Vango and Octopus's Garden were at the 2011 Grand National Roadster Show. Octopus's Garden was also at the 2010 SEMA along with John Jackson's Boogie Van. John is the latest contributor to R&K Magazine and his Corvan is also in the latest issue. The cover shot is also his: 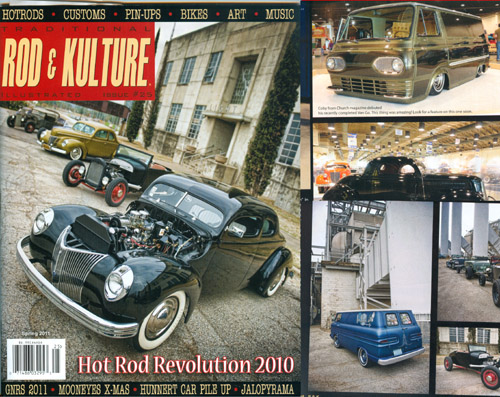 For the CofC we did quite well with the magazines as Ed Sanchez was with us at Barris' shop tour and ran coverage from there on the site and a few of us took an extensive tour of the Truckin' facilities and met with Dan Ward, Bob Ryder and Ed again. Bob invited us to Ron's afterwards to see Octopus's Garden and projects Ron and his buddies are working on.  Bob also met up with us at the Donut Derelicts very early Saturday and was at the CofC van show along with Ed. Howard and i ventured over to Hot Rod Magazine on the Thursday and met with Rob Kinnan. We've been going back and forth with Rob for a number of years. He also attended the CofC van show along with Dave Wallace. Hot Rod is planning to run their coverage in the July issue.
Here's the online coverage from Truckin' : 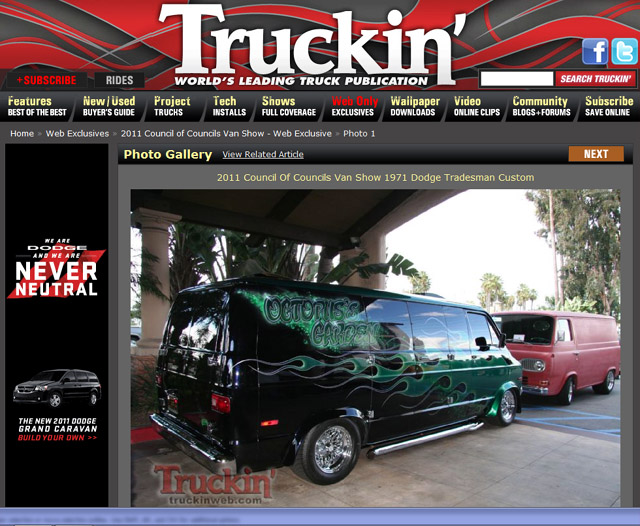 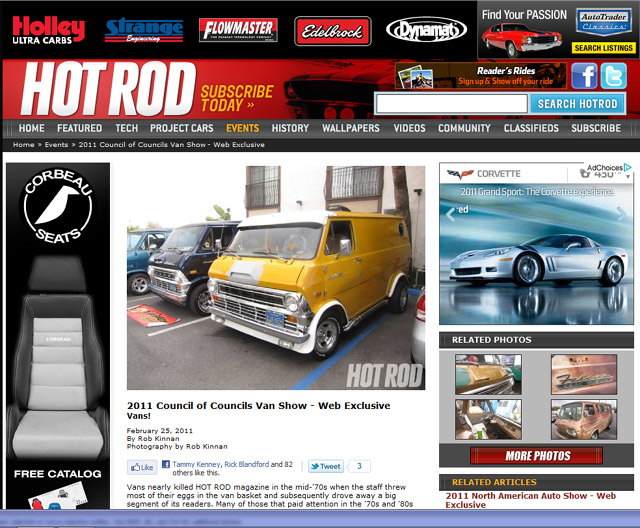